While many enjoyed the festivities of Memorial Day Weekend, the residents of Colorado Springs and Falcon, Co were forced to take cover as the area was awash with heavy rains and hail. 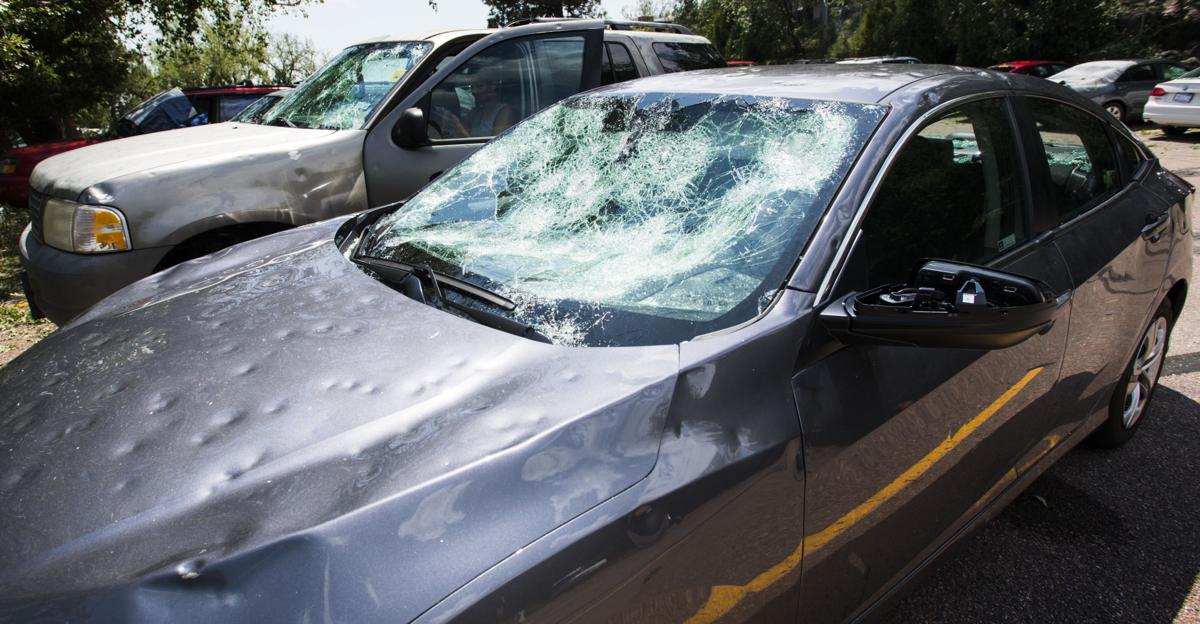 On Friday, 28th, residents were warned to expect some dreary weather as a foot of snow, hail, rain, lightning, and a possible tornado were all predicted for the weekend by the National Weather Service.

On May, 29th the first thunderstorm warning was issued for El Paso County at 1:55 pm. The storm was slowly moving east at a speed of 15mph and brought with it half-dollar-sized hail and wind speeds of 60mph.

By 2 pm, a tornado warning was issued for most of Southern Colorado. The tornado warning remained in effect until 9 pm as the area experienced some heavy rainfall, significant hail damage, and damaging winds.

At 3:30 pm, a severe storm had developed over Colorado Springs, with the area experiencing significant rainfall and several streets covered in half-dollar-sized hail. The storm also started moving in a southeasterly direction at 15mph. Several residents in the area uploaded videos and images detailing the weather events occurring in their neighborhoods.

The stormy weather in El Paso county continued into Sunday, May 30th. A flash flood warning was issued for some areas as a Severe Thunderstorm Watch continued over Southern Colorado.

A tornado was spotted 9 miles south of Kim, and residents were warned to stay indoors and go underground if possible. The tornado was accompanied by severe wind speeds and golf ball-sized hail.

By 4:20 pm, a tornado warning was issued for El Paso County as a rotation was spotted in the storm. The storm steadily made its way in an east/southeast direction, moving at 15mph.

Fortunately, as the day progressed, the storm eased up, and both the thunderstorm and tornado warnings were lifted.

At 1st Priority Roofing, we perform professional and efficient emergency roof repair services so that should there be any problems, we can get to work on fixing the problem immediately. For reliable Colorado Springs roofing services, call 1st Priority Roofing today! How Long Should A New Roof Last In Denver?

At 1st Priority Roofing, we believe in offering you the best solutions when it comes to your...

END_OF_DOCUMENT_TOKEN_TO_BE_REPLACED What Are The Most Common Roof Types In Denver?

At 1st Priority Roofing, we pride ourselves on being the leading roofing company in Denver. We...

END_OF_DOCUMENT_TOKEN_TO_BE_REPLACED The Typical Cost Of A Siding Replacement In Denver